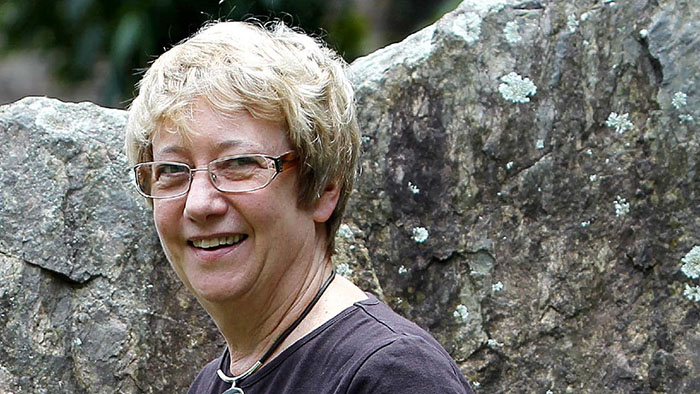 The 7-year allocated Centre funding from the ARC ceased at the end of 2018, but ARC formally granted continuation of the status of CCFS as an ARC Centre of Excellence for three years, contingent on demonstration of a relevant, funded continuing research program and retention of key researchers. As highlighted in the 2018 CCFS Report, eight of the Future Fellows awarded in CCFS transitioned to continuing academic positions and the two Laureate Fellowships (awarded 2015 and 2018) across two nodes of CCFS have increased our critical research mass within areas fundamental to understanding “Core to Crust Fluid System”. These prestigious Fellowships with generous grants thus help to underpin funding, expertise and research personnel resources to continue the frontline research characteristic of CCFS aimed at better defining Earth’s 4D evolution and its composition and architecture today - the Earth framework that enables our civilisation to inhabit this amazing planet.

How has CCFS made a difference?

Selected examples are listed below:

The conceptual framework of integrating geochemical, geophysical, geological, tectonic and geodynamic datasets in a GPS environment has revolutionised our holistic understanding of the inaccessible deep Earth, leading to the predictive modelling of the location of large economic deposits and enhanced understanding of how the Earth works and has evolved. CCFS advances in these geoscience disciplines seamlessly incorporate Bayesian mathematical approaches and innovative imaging techniques to probe planetary, global terrain and nanoscales advancing geoscience capabilities.

Clarivate/Thomson Reuters have recognised CCFS’ frontline research through citation, innovation and highly cited awards to CCFS researchers, in addition to the Google Australian Researcher of the Year award, and recognition of a CCFS Chief Investigator as one of the “World’s Most Influential Minds" across several years. Numerous awards of “annual best paper" in prestigious journals, a constant flow of keynote presentations and awards of best posters and talks at peak and influential conferences and international workshops, by senior, early-career and postgraduate CCFS researchers, all provide evidence of peer recognition internationally.

One example (among many in CCFS) of research that could not have been achieved without the funding, scale and focus of a Centre of Excellence is the “Tibet Project" that involves all nodes, more than 30 CCFS researchers from Chief Investigators to PhD students and international collaborators, and three Flagship Programs, and has generated four IGCP (International Geological Correlation Project) Programs. Outcomes so far include breakthroughs in understanding in detail: the tectonic history of the Himalayas from palaeomagnetic evidence; the sources and mechanisms for mineralisation (e.g. copper, gold, chromite and critical minerals ) in different collision zone scenarios, not only in Tibet but along the entire Tethyan Belt and analogue tectonic environments; identifying domains of highly-reduced mantle environments; demonstrating that some collision zone domains are excavated from Earth’s transition zone 450 km beneath the surface, and recognising the analogue relevance for mineral exploration in the Australian Tasmanides.

Global alliances with leading international geoscience groups have been forged through formal collaborative partnerships, programs and exchanges across multiple institutions (including China, Spain, France, Canada, Norway, Germany, South Africa, Taiwan, India, USA). These collaborations leverage the Centre funding, expertise and researcher resources and commonly include cotutelle PhD programs which provide the basis for a new generation of productive global research alliances. At the 2019 Goldschmidt Conference in Barcelona, a reunion of CCFS affiliates demonstrated the amazing diaspora of our postgraduates, early-career researchers and continuing senior alliances representing more than 10 countries.

CCFS has so far graduated 102 PhD students and 47 early- career researchers have participated in CCFS. 57 PhD students undertook research aligned with CCFS in 2019. CCFS postgraduates are producing world-class research with authorship of 41 publications (27 first-authored) in high-impact journals in 2019 and 39 presentations at peak international workshops and conferences.

The Technology Development section of this Report documents the ongoing frontline developments related to in situ geochemical analysis and imaging technologies using the outstanding array of advanced instrumentation accessible across CCFS nodes. Of increasing value is the co-registration of data across all types of datasets so that overlays of multiple datasets provide new insights into the distribution of specific elements and chemical domains in the Earth and relationships to the physical properties detected in seismic, magnetotelluric, gravity and magnetic surveys.

A step-change in the impact of geochemical data presentation has been a major achievement (e.g. CCFS Publications #456, 530, 862, 942, 1046). Where datasets are sufficiently comprehensive, elemental and isotopic data can be presented as contoured images on regional scales. This transformation in the presentation of geochemical data (traditionally presented as multi-element diagrams and plots) is as user-friendly and as accessible as geophysical tomography images, and has led to the national goal of geochemical mapping of Australia’s lithosphere recommended in the Australian Academy of Science Geoscience Decadal Plan. AuScope (and NCRIS Capability) is coordinating a national program to achieve this visionary world-first national resource, part of the downward-looking telescope imaged on the cover of this Report.

Igniting a renaissance in Australian experimental geoscience: CCFS has been an incubator driving new directions. As an example, the Laureate Fellowship of Prof Stephen Foley has enabled a framework for leading-edge experimental simulations of high-pressure and temperature conditions at varying depths within the Earth, building on the distributed national experimental infrastructure network established previously with funding from the ARC LIEF scheme and new instrumentation and associated laboratories at Macquarie.

Industry interaction has been an integral component of CCFS. Collaborative projects with industry input (including guidance from CCFS Board members) has shaped the relevance of the fundamental research directions, and enabled continuation of relevant CCFS activities. These include the ongoing work in CET (UWA) in training courses and in research responses relevant to industry needs. Geophysical research has attracted significant industry and end-user collaborations. One example is the large-scale fully funded collaboration with IGG CAS to undertake a 900-km-long dense (station spacing of 10-15 km) seismic profile across Western Australia from Port Hedland to the southwestern border of Kimberly Craton, using 60 broadband seismic stations from IGG CAS, and 20 from ANSIR. Other funded examples (detailed in the Industry interaction section) include: the multi-institution ESA-funded project “3D Earth” with researchers from the two centres of excellence, CCFS (Australia) and CEED (Norway), creating a world reference lithospheric model and a high-resolution thermochemical model of the North Atlantic region; a de Beers-resourced “Multiobservable Thermochemical Tomography of Central and South Africa”; “Developing thermochemical models of Australia’s lithosphere” with Geoscience Australia; and a Linkage Project “Illuminating AusLAMP", targeted at joint interpretation of magnetotelluric and seismic datasets.

CCFS researchers are now sought as thought-leaders globally for research related to Earth’s lithosphere and the integrated use of large datasets across geochemistry, geology and geophysics. CCFS researchers nationally provide advice to local, state and federal departments and members of parliaments, and through Australian Academy formal reports and reviews to the Chief Scientist and the Australian government on a wide range of geoscience-related issues. CCFS has indeed fulfilled its Vision of “Delivering the fundamental science needed to sustain Australia’s resource base” and its new generation of researchers are a vital part of the CCFS legacy and continuation.